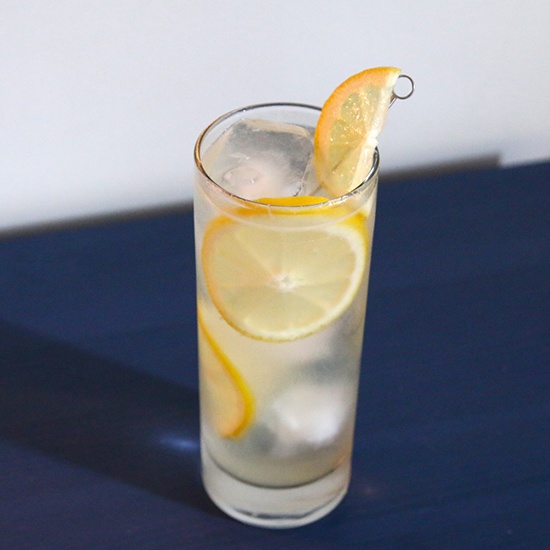 When it comes to cocktails, some unsophisticated drinkers are of the mindset that the boozier the beverage, the better. But while there's nothing wrong with a stiff drink, more and more mixologists are opting to go the low-proof route.

That doesn't mean watered-down drinks, or cocktails with more juice than gin. Rather, cocktails that make use of lower-proof alcohols -- whether vermouth, sherry, amari such as Aperol or Campari, or any number of other fortified wines and liqueurs on the market.

What's the rationale? There's the matter of health, of course; we can debate the merits of moderate drinking, but no one in their right mind will argue that drinking whiskey all night is good for you. Drinking less is an admirable goal. From a bartender's perspective, lighter cocktails are more "sessionable" -- a beer term essentially meaning that, since they're less boozy, you can drink them for longer. Three Sazeracs at a cocktail bar would have just about anyone calling it a night. Three low-proof sherry-based aperitifs, though? There's plenty more fun to be had.

From a management perspective, it makes great financial sense; even if a vermouth- or amaro-based drink is priced a bit lower on the cocktail list, it's more than made up by the time a patron orders a second or a third.

And mixologists don't necessarily have the most fun with stronger spirits. Sherry, in particular, is one of the most complex cocktail ingredients out there. There are more vermouths on the market than ever -- plenty now American made, as well as ever-more imports from France, Italy, and Spain; and no two vermouths are exactly alike. Other lower-proof bottles -- from rich, wine-like Byrhh to mellow, friendly Cappelletti -- contribute layered, fascinating flavors of their own. Low-proof doesn't mean low-flavor.

Some bars are now dedicating portions of their menu to lower-proof drinks -- or serving low-proof drinks entirely. Sauvage, from the award-winning team behind Maison Premiere, serves aperitif-style cocktails both original (the Aveze-lemon-macvin-pear "Bitter Storm Over Ulm" and classic (an Americano with Punt e Mes and Contratto Bitter.) At Nitecap on NYC's Lower East Side, there's an entire page of Aperitifs and Spritzes.

Especially with the summer upon us, low-proof is the way to go.