In Praise of Irish Whiskey 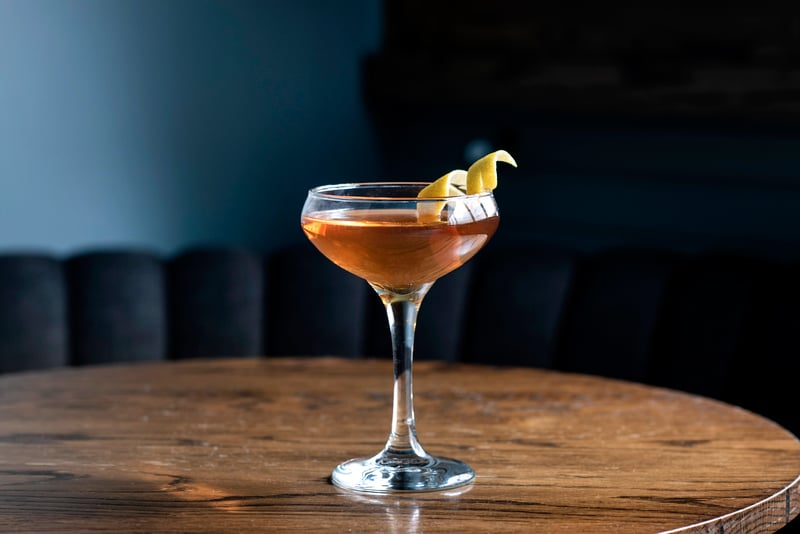 Every March -- say, March 17 or so? -- Irish whiskey is the drink of choice across America. But that's no longer limited to Jameson shots on St. Paddy's Day. Irish whiskey has never been more popular. And while the Bushmills and Powers and Tullamore DEWs still dominate the market, more and more craft distilleries are making their mark, as well.

Need a little hard proof (pun intended)? According to the Distilled Spirits Council, American sales of premium Irish whiskey have grown an incredible 1106% since 2002, and 10% just between 2017 and 2018. Irish whiskey is now a billion-dollar industry in the States.

And new brands are hitting the American market, one after another. Proper No. Twelve Irish Whiskey, from Irish MMA star Conor McGregor, debuted in the States to impressive sales. Brands like The Sexton Single Malt Irish Whiskey, Knappogue Castle, and Kilbeggan Small Batch Rye have gained their own followings.

Whether blended or single-malt, Irish whiskey is always great for sipping. But of course, talented bartenders across the country have ideas for the Irish of their own. At Pouring Ribbons in Manhattan, Joaquín Simó's "Crossing Currents," pictured above, brings together Knappogue Castle 12-Year with Contratto Bianco vermouth and the coconut liqueur Kalani. "This tropical reinvention of the classic Manhattan may convince you that the isle of Ireland could have once been part of the Caribbean," he says. 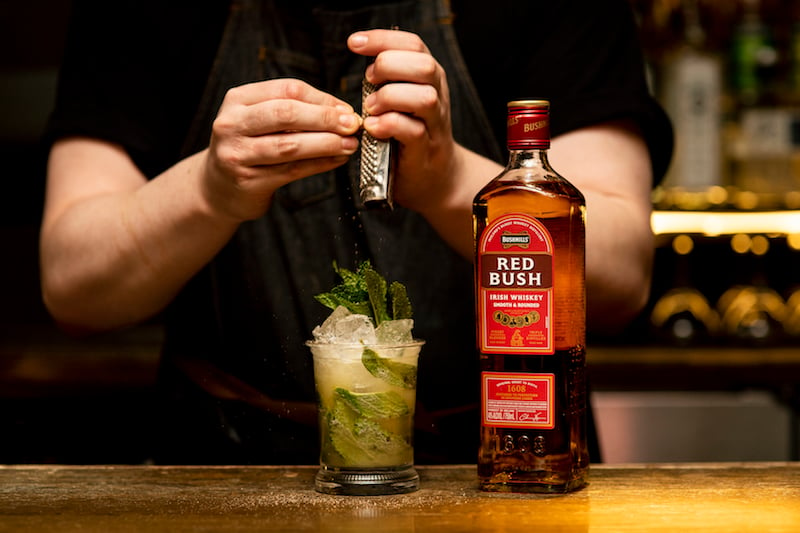 Mellow and approachable, Irish whiskey can often swap in for bourbon. Conor Myers of New York's Underdog loves Bushmills Red Bush in a julep-style cocktail with creme de cacao and a little lemon. "Since Red Bush is aged in bourbon barrels, the flavors work perfectly."

And whiskey doesn't have to be the only spirit in a drink. In the Concrete Junglebird at Harold’s at Arlo Soho, the riff on a tiki classic includes both chai-infused Jameson Black Barrel and Appleton Reserve Jamaican Rum -- plus caramelized pineapple and Campari.

Pour out the shots of Jamo if you like. But this St. Paddy's Day, it's possible to get much more sophisticated with your Irish, as well.