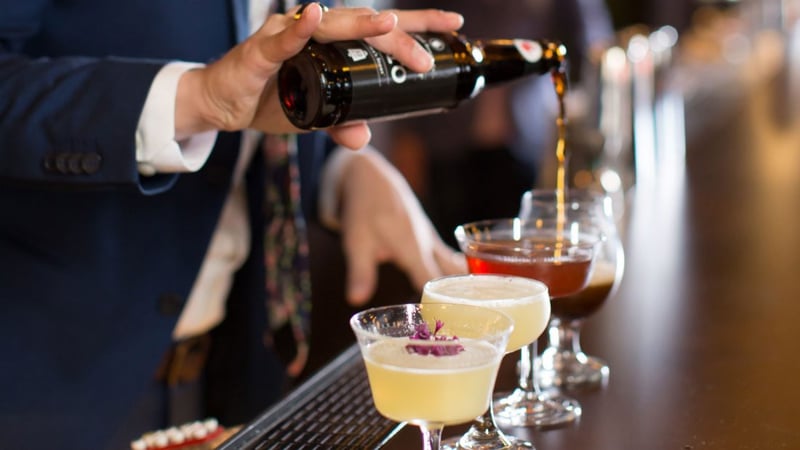 It's no surprise that Kansas City, MO, has incredible eats -- after all, it's one of the barbecue capitals of the world. But in recent years, the city has developed a truly sophisticated restaurant scene, with establishments up there with any in the country. Here are a few we've had our eye on recently.

The Savoy at 21c. The Savoy Grill was one of the city's most iconic restaurants, housed in the Savoy Hotel, a grande dame dating back to 1888. Now, the 21c hotel group -- known for their art-focused properties with strong culinary elements -- has rehabilitated both the hotel and the Savoy Grill, now known simply as The Savoy at 21c. Local chef Joe West revels in Americana, while bringing in both contemporary and classic touches. Whether you dine on a perfect chicken liver mousse, a French omelette with caviar, or lobster Newberg, you'll dine very well. Don't skip the cocktails.

The Antler Room. Nominated by Bon Appetit as one of the possible Best New Restaurants in the United States for 2017, this small-plates spot is an eternal delight, with many international influences that emerge in dishes like falafel with pickled green tomatoes, chermoula, and charred eggplant puree; maltagliati with escargot, mushrooms, and black garlic; or the Japanese white bread shokupan with a foie gras torchon, candied pumpkin seeds, lemon jam, and rhubarb agrodolce.

Ça Va. One of the standout wine bars in the country, with a big focus on bubbles, Ça Va has an incredible list that encompasses both grower Champagnes and more well-known labels, non-Champagne French sparkling wines and a few from abroad, for good measure. It's an ambitious list by any standard, only made better by cheery service and a lovely French bistro menu. Happy hour is an absolute steal -- legitimate Champagne bottles for $40-50, a bottle of French sparkling Cremant for $24, all best enjoyed on a lovely patio.

Corvino Supper Club & Tasting Room. An ambitious establishment that attempts a great deal, and manages to pull it all off. Sample from chef Michael Corvino's enticing menu at the Supper Club, enticing and wildly creative dishes that might include seaweed donuts with trout roe and cream, XO fried rice with scallop and Asian pear, or a classic bavette steak with smoked béarnaise and beef fat fries. For a still more elevated experience, the Tasting Room is where you'll dine on a thirteen-course tasting menu that showcases the very best of the chef's talents.

And more. While not new to the Kansas City scene, there are so many other restaurants that maintain a similar sense of urban sophistication, from the Italian-American Trezo Mare to famed chef Lidia Bastianich's Lidia to upscale bistro Cafe Trio and seafood-focused Jax Fish House & Oyster Bar.